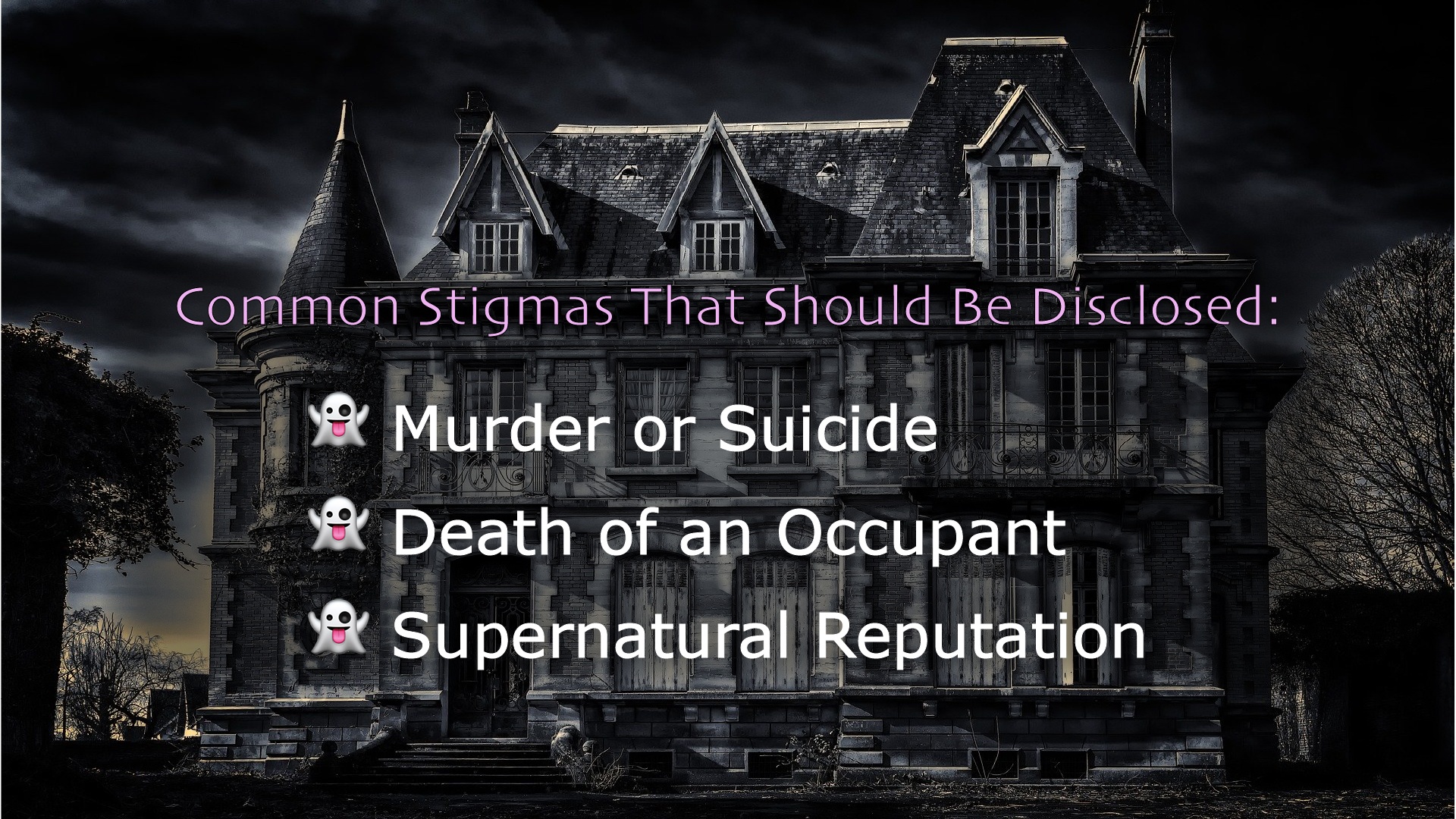 Disclose Everything - Worry About Nothing

Halloween is just around the corner so it’s the perfect time to talk about selling a reportedly haunted house. According to a poll published by YouGov in 2019, 45% of Americans believe in supernatural entities. One thing we should all believe is that the courts might support the believers if we don’t disclose our home’s haunted history!

Some attorneys say that you’ll be fine as long as the buyer cannot prove the house is haunted. Roughly 100% of us would like to see that evidence if it exists, but there’s a fair chance we’ll never get to see that play out in court. That seems to depend on whether the judge considers ghosts a religious belief. A ruling from 1944 (U.S. vs Ballard) decided that preserving the separation of church and state requires that the courts abstain from ruling on the validity of any religious beliefs.

Yes, the court could kick out cases attempting to prove the existence of ghosts, but a 1990 court ruling showed that even a local rumor of ghosts is something that must be disclosed due to stigma.  In real estate, a stigmatized property is one that buyers or tenants shun for reasons that are completely unrelated to its physical condition or features. Stigmas can develop from something as innocent as a property being on the market too long. Property values are often affected by stigma, therefore a seller is legally obligated to disclose things like the death of an occupant, murder, suicide, or even the belief that a house is haunted.

In the famous Ghostbuster Ruling (Stambovsky vs Ackley), the court sided with the buyer when the seller, Helen Ackley, failed to disclose her home’s haunted history. The court did not in any way confirm or even suggest that the property was truly haunted. Instead, they determined that the home’s notoriety for being haunted caused a stigma that should have been disclosed. The stigma here was caused by the tales of poltergeists and ghostly occupants that Helen shared with local newspapers and the Reader’s Digest. The home was even on a local walking tour. Unfortunately, the buyer was not from the area and knew nothing about the local lore or the stigma.  When he discovered that the property value would be affected, he sued.

Helen Ackley came out okay in the end because the publicity made the haunted property very popular, but not all sellers will be so lucky. If your spouse has been telling the neighbors about your resident ghost or if your house is on a haunted tour, then we suggest that you disclose the reputation even if you don’t believe in ghosts!  As we always tell our sellers: Disclose Everything and Worry About Nothing!

Have a haunted house to sell? Who you gonna call? Great Scott of course!